About the Evolution Zone 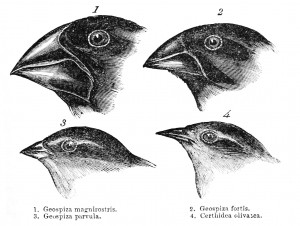 Evolution means that animals, plants and all other organisms change gradually over millions of years in their behaviour or appearance, and may eventually become a new species.

People have known about these changes since about 150 years ago when Victorian scientists started to find fossils of ancient extinct monsters. Some fossils show species gradually changing into other species — for example dinosaurs becoming smaller, growing feathers, and eventually turning into birds over millions of years. Most Victorian scientists agreed that evolution was happening but they had no idea how it worked. 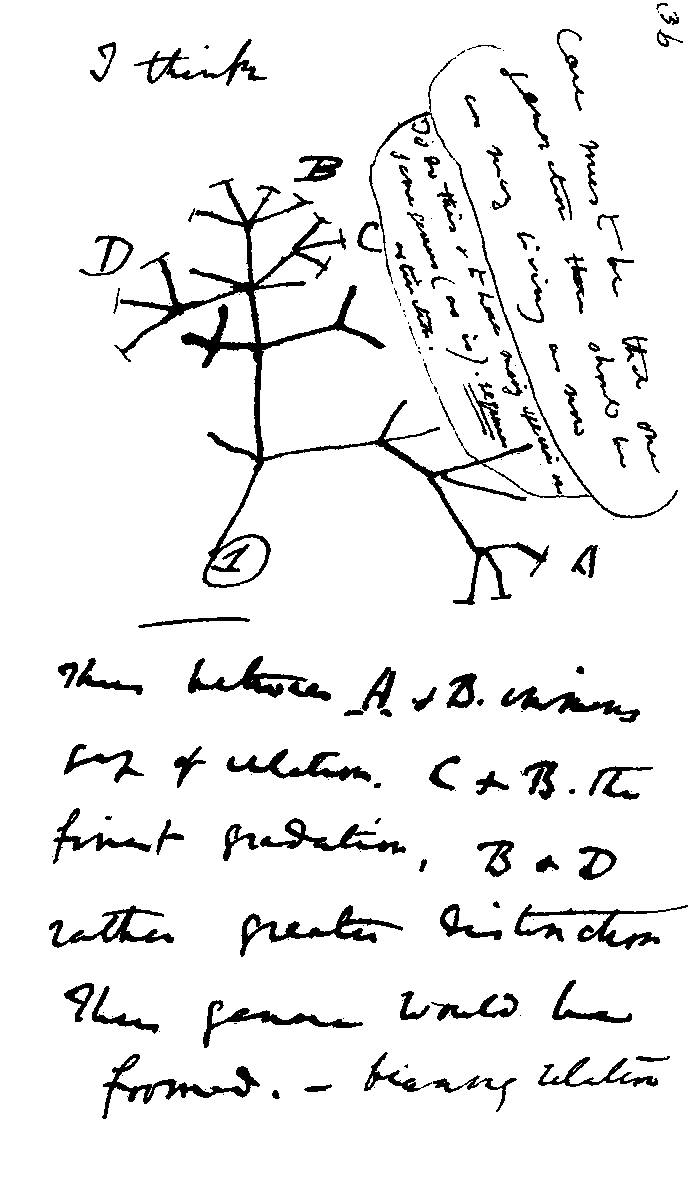 Charles Darwin’s 1837 sketch, his first diagram of an evolutionary tree | Image via Wikipedia

Charles Darwin was a respectable Victorian gentleman who realised that nature selects the best animals, and it is this selection what drives evolution. An animal that’s too slow to run away from predators, or too small to reach the best food, is likely to die.

Those organisms that are the best at finding food, escaping predators and raising their young are most likely to survive and have lots of children.

Hopefully their kids will be just as fit and good at surviving as their parents, and so will be able to have lots of fast/big/intelligent children of their own! Over millions of years, a group of animals might slowly all become bigger (or faster or whatever feature it was that helped them survive).

This means that they have evolved, and the process it happens by is called Natural Selection.

ASK the scientists any questions you have about science.

CHAT with the scientists in a 30 minute long text chat booked by your teacher.

VOTE for your favourite scientist to win a €500 prize to spend on communicating more science.